In August 2008, five photographers traveled over the entire Gaspesian territory in order to immerse themselves in the different areas, to create connections with the population, and, of course, to shoot a series of photos. The artists divided up the whole territory in such a way that each regional county municipality was well represented in what would come to form, in June 2009, the Parcours du point de vue – Gaspésie (The Gaspé through the eyes of five photographers).

In the framework of the project, nine permanent photographic installations were erected in the very same places where the photos were taken. The Parcours du point de vue – Gaspésie photo series as a whole is intended to pay tribute to these sublime spots and to bear witness to the links between the landscape and humankind. 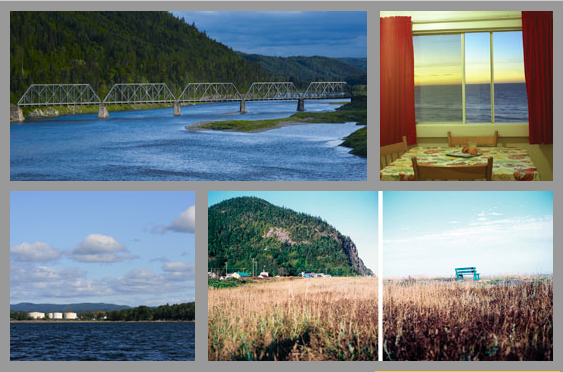